Pennsylvania Soil and Rock, Inc. has conducted wetland studies and botanical surveys on a variety of sites and project types for both individuals and corporate clients. These projects have included site development for residential and commercial projects, utility projects, oil and gas projects, schools, churches and parks. We offer a range of environmental services detailed below. 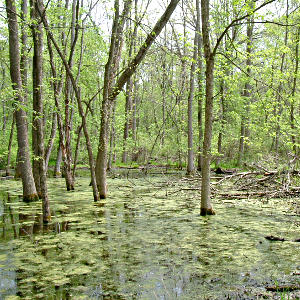 At national, state and local levels, there are regulatory requirements that address wetlands. We help our clients work with the agencies and governing groups that administer these programs, and we offer expertise and experience with: 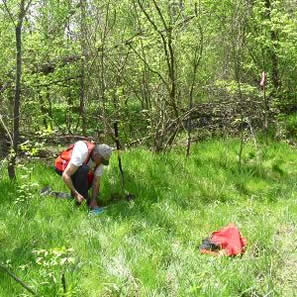 Based on the information obtained through this approach, a permitting strategy is developed, and the permit application is prepared and submitted to the agency for formal project review and decision. Where a nationwide or general permit is appropriate, the level of regulatory review may be reduced significantly or even eliminated with the use of appropriate support documentation. 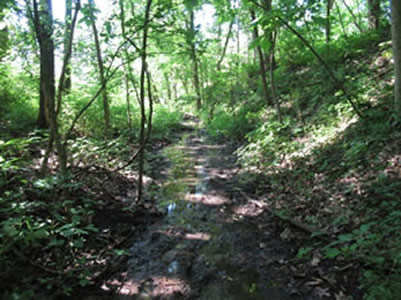 The functions and values of a wetland are services provided by the wetland to the environment and the public.Numerous wetland assessment procedures are available at both the federal and state level, including:

Wetland mitigation includes planning and implementing avoidance and minimization of impacts to wetlands and streams prior to site development activities.  The mitigation process includes:

We offer our clients the benefit of comprehensive experience gained through years of project accomplishments. Let our experience work for you. With a record of successful projects, we can expedite the project planning and the wetlands permitting process, saving you both time and money.

Our experience includes identification and documentation of wetland soils, hydrology, and vegetation in accordance with federal methods, including the United States Army Corps of Engineers Wetland Delineation Manual and the applicable regional supplements. Most states require use of the 1987 ACOE methodology; however, some states require use of the 1989 Federal Interagency methodology. In those states we utilize methology in accordance with the 1989 Federal Interagency Manual.

Where water resource impacts are below a certain size threshold (i.e. de minimis), regulatory agencies rarely allow monetary payment to a state fund set aside for wetland creation on other sites
In instances where impacts to water resources have already been impacted by unpermitted activities, mitigation has to be implemented to address notices of violations of issued by the regulatory agencies for violation of the Clean Water Act.  This activities include rectifying the impact by repairing, rehabilitating, or restoring the affected environment

OUR APPROACH TO BOTANICAL SURVEY

PSR's botanists have performed many botanical surveys to determine the presence or absence of state and federally listed threatened and endangered species of plants for projects in Pennsylvania and adjacent states.  Sometimes, the botanical surveys will be conducted in conjunction with wetland delineation.  Occasionally, habitat assessment within the project area can resolve the presence/absence of a plant species of concern in a project area, thus avoiding the seasonality requirement for most botanical surveys.  We have developed mitigation alternatives when occurrences of plant species of special concern are found in a project area. As part of the required environmental review process for commercial and residential site development, for gas well and pipeline development and for other types of utility projects, we or the client submit inquiries to the state reviewing agencies, and occasionally the US Fish and Wildlife Service, regarding the potential for the presence of rare, threatened or endangered species in the project area.  The federally listed species are listed under Section 7 of the U.S. Endangered Species Act of 1973 and the applicable state regulations (e.g. PA, Chapter 45 of the Pennsylvania Code).  Not infrequently the agencies will indicate that potential impacts to threatened or endangered plant or animal species could occur due to the proposed construction activities at a site and will request that a qualified botanical consultant be hired to review the project area to determine if the plant species of concern is present in the project area. We work with the client, project coordinators and designers, to help our clients identify options to avoid, minimize or mitigate impacts to plant species of concern, and find cost effective solutions for their project

The PA DCNR requested mitigation for an impact to a population of Pennsylvania Rare Species, Short’s sedge which PS&R documented along a proposed gathering gas pipeline project in Washington Co., Pennsylvania.  PS&R successfully relocated a portion of small population of Shorts sedge, and conducted monitoring that demonstrated the sedge transplanting was successful. 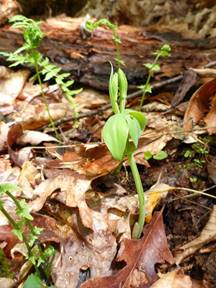